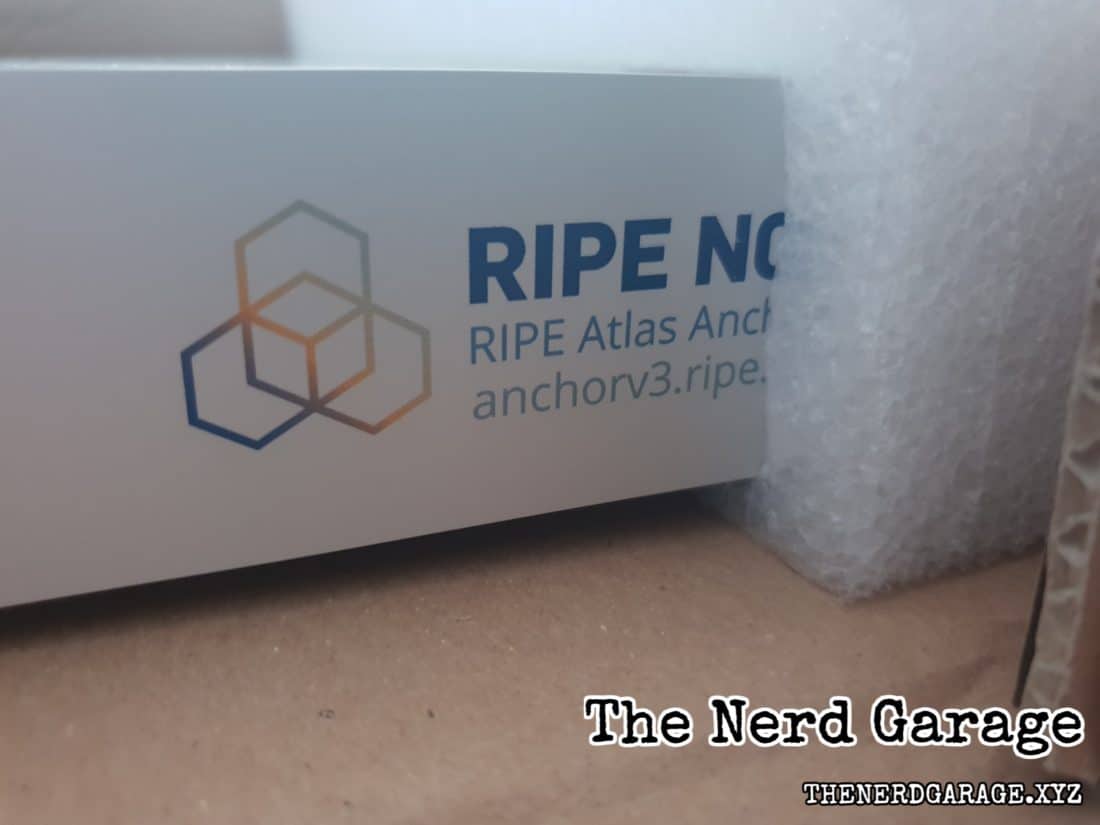 As the title suggests, The Nerd Garage is the First RIPE Atlas Anchor in WA (Western Australia).

The best part? Well, this Anchor has been sponsored by RIPE! After building my Home Server Room and getting it nearly ready for production use I figured I would try and apply to be a Sponsored RIPE Anchor host.

I applied at the start of July 2018 but apart from the confirmation of my application I heard nothing back and assumed I had been unsuccessful. This was kind of a good thing in a sense, as I’ve honestly had no time to touch the Server Room since my last post, Whoops! Having a Partner and a 2 year old, plus working 12 hour days & far too much overtime, I’m really left with very little time to have hobbies. Not to mention trying to juggle that time between my family and my stack of other interests.

First world problems aside, I had all but forgotten about it all until I received the below email on the 16th of October.

This said to me that they were either considering my application, or they were politely saying no, I had no idea… Only time would tell.

It had been a while and as usual I’d forgotten about this all together, until the below email hit my inbox.

Brilliant, let’s order the hardware and wait for it to arrive, I had expected this to take quit a while as it was coming from KD85.com in Belgium.

After a rather short period of time, I had the new ‘toy’ in my hands and ready to be racked!

Straight out of the box and onto the bench to be setup – RIPE provide you with an file to download, this file is ‘custom’ for each user, but it’s just the standard ‘CentOS-7-x86_64-Minimal – 1611 to be exact, with a kickstart file to configure my IP addresses, set selinux context for SSH and add their ssh key (ansible key) to enable them to push out all their software. I expected different, but this a much better way to manage things than to send out fully configured images I guess, just a shame I can’t snoop… I know the RIPE Atlas Probe sourcecode is on github, but I don’t think the Atlas is publicly available, if I’m wrong please let me know as id like to know more about what it does and how!

With the Anchor setup, it’s another waiting game. Since RIPE release the virtual they have advised they’ve been kept really busy and it may take some additional time to configure and get new Anchors online; it took 10 days for mine to be up.

Update: The Anchor is now on battery backup power!

Now for the results…

The Anchor makes 5x extra credit than a probe does, which had caused my credit balance to jump just ~1m credits in the first 2 days. According to credit stats, I was accruing 576,000 Credits a day after the first few days (As seen below)

However, this post sat pending for a little too long ( > 1 Month) and I am now accruing 1,321,264 Credits a day and my Total credit balance has climbed by 29 Million since the 30th January!

I think this is a great project, one I am glad to be a part of. I do however currently have very limited (non-existent) use for these bulk credits I am now accruing…

My offer to everyone.

I would like to offer my credits to those who have some interesting uses for them, so let me know in the comments if you have a cool school project or Personal project you need RIPE Atlas credits for and I’ll pick as many ones that I can. Legitimate uses only!