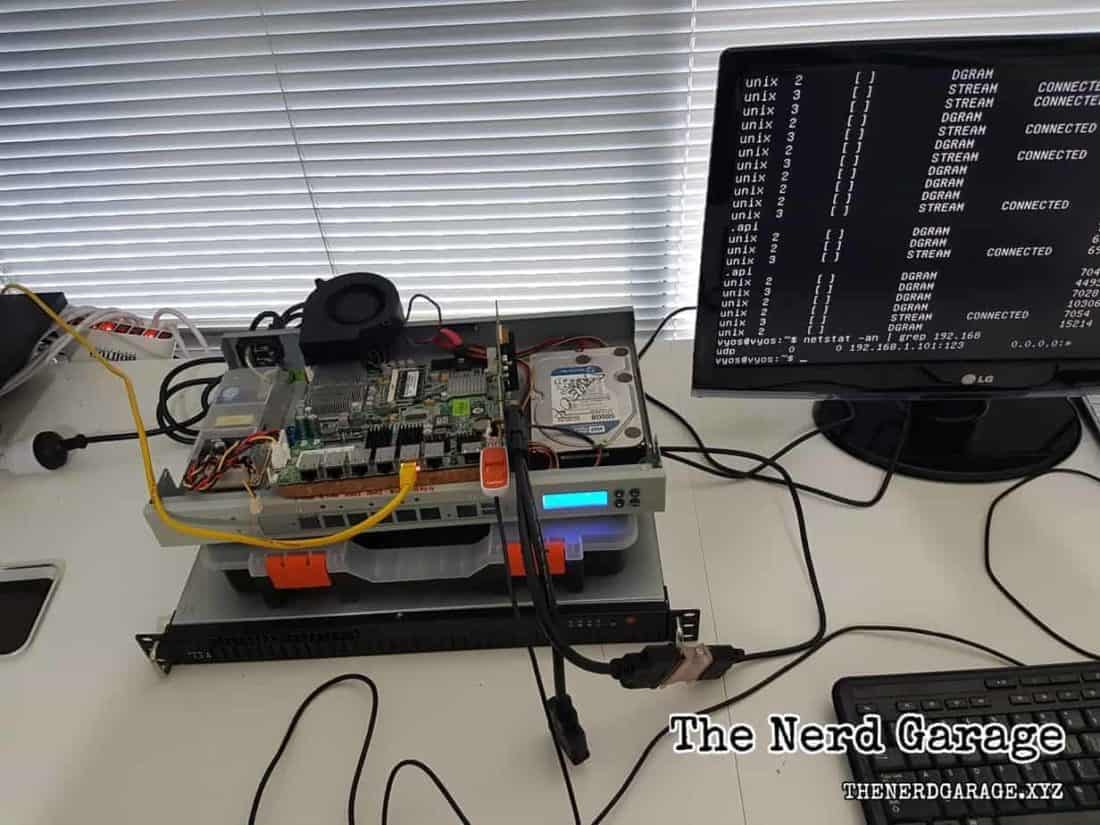 After a 3am epiphany about the issues I was facing the with new network configuration,  I dedicated a bit of time to redesigned my proposal.

Originally the below was the planned configuration for ‘internal switches’ which seems like it should work;

Consequently, it didn’t seem to.You can read the original post about the first issues I had Here!

This seemed to make sense at the time, however I’m not entirely sure if it should work. It seems that at the current point of time maybe it’s my networking ability that is saying no.

So, having thought long and hard about it, the decision was made to stick with the same configuration, however it’d make things easier to modifying the path (atleast for switch management and outbound traffic).

The new configuration is;

I hope the above displays correctly and makes sense. The moral if this, no devices on either switch will need anywhere near 4gbps to the firewall.  so why waste my time with the headache!

vyOS fun begun last night, damn what a learning curve that is. But I’m definitely loving it. More vyOS specific posts and videos will coke soon I hope!