For a long while now I’ve been on the hunt for new Servers to eventually add to my HomeLab.

Late night Gumtree trawling the other night lead me to find someone local offering some Dell R610’s — For what I’d consider a great price in Australian standards, even better for the Western Half; deals are few and far between here.

Unfortunately all machines came with no rails, but did come with bezels, iDrac enterprise,  dual PSU’s, 2 x 146GB 15k was drives and all hdd blanks & are remarkably clean! This in itself is a rare find in Australia as most of the equipment found comes from defunct mining companies up north. 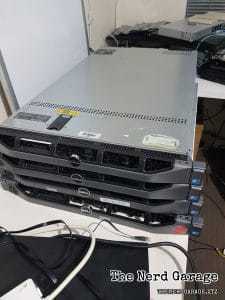 On to the details!

3 of the R610’s came with single E5540’s and 8GB ram, unfortunately came with PERC6i controllers… This will need to be changed as I’ll be using VSAN on these 3. These will be my “VDI Lab”.

As work pay my VMUG subscription, it’s only fair I mimic to a degree, the setup we have.

The other came with dual E5640’s and also 8GB ram, but a better controller. Which doesn’t really matter in this device as all data will be on the SAN. This Server will join my original Supermicro server as my ‘production’ environment.

*Ignore the memory configuration, it’s being reshuffled between this and the New R610.

Luckily, about a year back I decommed an old ESX environment. I had to recycle the servers themselves, but the hardware was free for for the taking.  5 hosts, All processors & 2 with recently upgraded 8GB ddr3 dimms, 3 with plenty of 4GB dimms — of which I now literally own a useless box of…

This, then seemly silly collection of parts I never thought I’d really use is now going to come in super handy!

Plans for the new servers?

This is the dual processor unit, it has already been upgraded, it now has the following; 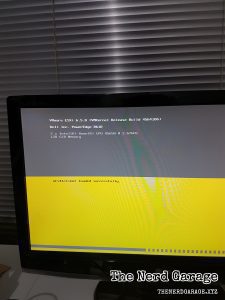 I need to purchase so many sets of rails now! Only one of my SuperMicro servers came with correct rails.

That’s enough for now… Will need to post shortly a full run down of all the hardware I have. But that is definitely for another day, as I have all sorts of sh*t all over the place!