With another weekend of stinking hot horrible weather, I decided I would build the prod cluster.

Now being the proud owner of a total of 11 Dell R610’s,  I decided that my prod cluster should be running on the same hardware…  So I set about creating a consistent prod environment.

Unfortunately not as easy as it sounds as that required moving the supermicro off the already configured cluster… But that’s not all.

1) All the hosts were currently on that host.

2) I configured the Dell with 6 disks and I didn’t want that.

So that was quite a mess around, moving machines from one node, build new node, move to new node, recreate disk pool. Bleh. This was hindered severely but a life cycle controller that just didn’t want to play ball… Many hours were spent trying to get the R610 updated before I was able to get vsphere installed.

But at the end of the day I got that sorted, now all I need is some more X5650’s and to add storage! But it looks good none the less! 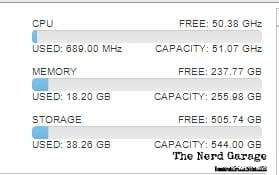 Some blinkenlights from that data transfer.

After spending almost my whole weekend on this… The HomeLab now has a very similar spec 2 host vcenter cluster which will be matched exactly when some X5650’s are sourced. 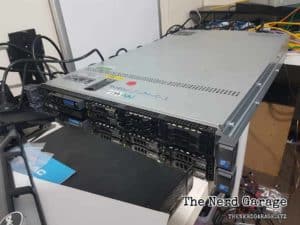 I also checked out the new hardware and decided to sell the 3 original hosts and use 4 of the new servers as my vSan cluster. However,  I’ll go into that in my next post!