Rather than the usual tech posts I seem to flood this blog with, today I’m going to go through the Japan 17-18 holiday highlights, good and bad… Yes, unfortunately there’s a bad-ish part to the Holiday too…

To start our First family Japan holiday we had the first few days in Hirosaki, this was soley to experience snow…

If all went to plan it would be the first time I’d ever seen snow, also the first time my daughter too, but she was just a bit older than 1 so I’m sure she doesn’t feel like she’d missed much.

Hirosaki is located towards the top of the main island near Aomori, if you want to experience an absolutely beautiful place, I suggest you make your way here if given the chance.

Obviously I spent a lot of time car spotting, as you’d expect. 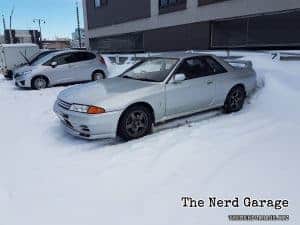 After 3 amazing days of almost constant snow (I didn’t want to leave) we headed down to Shibuya to bring in the new year at the famous Shibuya Crossing, Yay!

Yep! Another thing I’ve wanted to experience for as long as I can remember…

Unfortunately, due to time constraints we were unable to active our JR passes before leaving Haneda airport and due to the Christmas period the local office where we could activate our passes was closed.. This made the bullet train ride an expensive one, but it was still enjoyable. 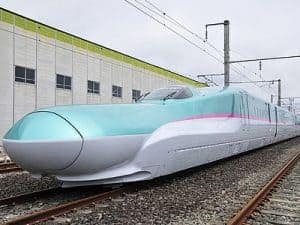 Whilst it looks awesome the Tohoku Shinkansen whilst not the fastest Shinkansen, does reach the highest top speed out of all the running trains… 320km/h as confirmed by GPS.

Well, a few hours on, we arrived in Tokyo and made our way to Shibuya to check into our hotel. Not much to discuss about this, but it’s worth noting… Shibuya Crossing is packed for NYE, not pram friendly, barely children friendly. It’s full of tourists and they just don’t seem to have any respect for obvious things like kids but that should be expected I guess, most would have been highly boozed up.

We did persevere but let’s be honest, unless I’m intoxicated,I won’t be making the effort to go there again for new years. Was nice to look at though. A Few days pass, we ride a lot of trains, do shopping, LOTS of shopping; I’ve now got the complete Initial D, Wangan Midnight  & one of the Dragon Ball Z manga series… I’m a happy little nerd!

Let’s just say… The two pics below are just a fraction of what I came home with..  Every damn time this happens! 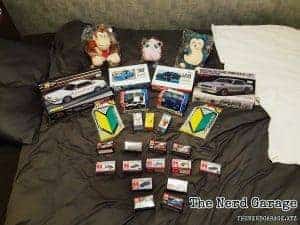 Oh my, I can’t even begin to explain my excitement or even how bad my withdrawals are right now…

Early morning and a few trains to go collect a car I’ve always wanted to drive in Japan.. You guessed it a Nissan Stagea, not the boring one like I have… An Autech 260rs! 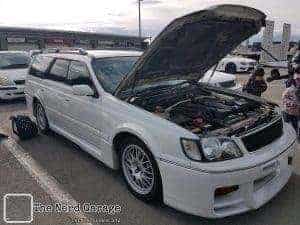 I had this car for a few days and oh lordy, was it amazing!

Imagine, waking up one morning and getting to live life just like Akio Asakura! Jumping in your awesome car, hitting up the bayshore route and taking on some of the finest cars Japan has to offer! Oh, what a dream it was… Literally!

I Woke up still the same old me and I only had a Stagea to drive, not a S30… Oh I wish I could drive a Devil Z.

With my partner and Daughter beside me I hit the Bayshore route to meet up with friends at Daikoku Parking Area for lunch and to check out some of the amazing cars Daikoku has to offer.

This, was a dream come true, honesty… This place is amazing, I have so many photos to get through and edit I am not sure when I’ll finally get around to that, but here are some phone snaps! 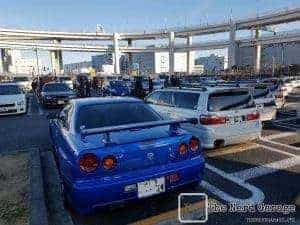 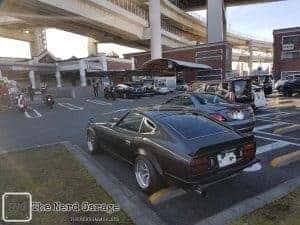 We drove around, a lot! It was amazing seriously, I just want to go back and drive, and not stop.

The following day we went to Fuji Speedway to watch some racing, this was an amazing day, despite the rain that peeked a few hours into the day.

Oh… I also dropped my camera with the flash on, which in turn snapped the flash shoe right off the top….

All that aside, I still managed to get a few good snaps. Yet to edit these, but here are some quick raw caps to appreciate. 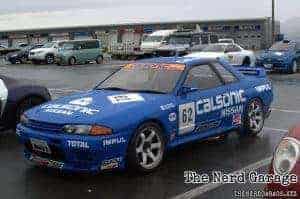 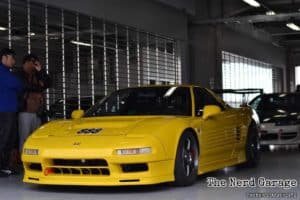 More driving and more shopping then it was time to head home and get some sleep as tomorrow, I had to return the Stagea…  This was a sad moment.

I did however have an incredibly happy moment the minute I handed back the Stagea keys  I collected another set of keys to a car I’ve wanted to drive (and own) since they were released. 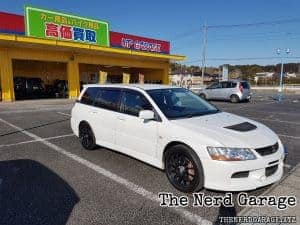 I only had it for 24 hours, but I made the most of it that’s for sure! There’s plenty of gopro footage to sort and edit from drives, I just need to find time.

It was now time to make out final accommodation change for the trip, however… We’d bought far too much stuff to travel by train so back to the car shop to hire something useful!

I found myself driving a Toyota Alphard, I very much enjoyed this spacious van and I’d consider getting one here if possible.

However, not the exact one that was hired. Why? well let me tell you.. Around an hour into having it I found myself on a back road surrounded by rice fields, a person coming the other way veered into my lane requiring me to swerve to miss them.

This would have been fine if the road had a shoulder, I lucked out; All that was presented to me was a half meter drop into a rice field…

At first I attempted to bring it back up the embankment, but due to the top heavy van characteristics it was about to roll… The only option I had left was to turn into it, power through the field and get back up another side.

I succeed at this (just) but the damage was pretty bad, although much less than if I’d continued to try bring it back up the embankment.

I changed the tyre as the bead popped from my eventful landing, then back to the apartment. 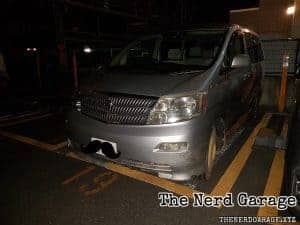 More touristy stuff was performed until the day, yes… THE DAY we’ve all been waiting for is finally here, Tokyo Auto Salon!

Oh my heart is pounding, my excitement levels were off the charts… Then, I didn’t end up going the first day. Apparently we missed some of the other things we had planned, so we did those.

At least the car park of our hotel provided me some goods whilst I couldn’t be at AutoSalon. Sunday arrived, finally it’s the day we get to go. Oh such excitement, all my gear was ready and we headed to the event. As per every other event in this post that involves photography, time is lacking to edit them… But here are another few raw grabs. 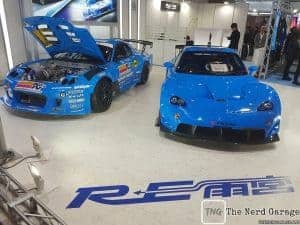 Oh damn, everything… And I mean everything, is better in Japan, Take me back already!!