Hello everyone, let me start by apologising,  I cannot believe we’re quarter way through 2018 already & I don’t think I’ve posted anything yet!

Sorry for not keeping the posting as frequent as usual, I’ve had a crazy few months heck, haven’t even had a chance to edit pics from my Dec-Jan Japan trip yet… All that great AutoSalon content I’m holding onto, please forgive me.

But there is a plus to this…

Only 8 more months til I head back to Japan and take a whole heap more pics you won’t see for another 6 months to come….

I’m not going to lie, a few times now I’ve attempted to get to editing photos from the trip, but I’ve been caught out by my own inability to concentrate.

To get network access back to my mac for editing I needed to fix a networking issue (more of an oversight) I was experiencing, this lead to rebuilding the vyos gateway…

I decided I needed another nbn connection after seeing a generous offering from Aussie BB, 150/100 but I’ll go into detail about this later, let’s just say… It was nice for one test with pfSense, but disagreed with vyos and then just quit life… Currently investigating between other projects.

That was a few days down the drain, but I’ll admit it did look good for the quick moment it worked. 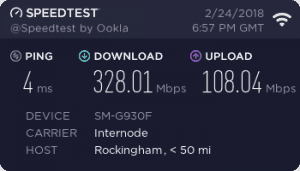 Between all this, I got myself a Chinese special soldering iron/rework station off ebay to tackle some other projects that really didn’t need my attention at this moment.

Unfortunately the soldering iron didn’t function upon arrival.. A bit of back and forth the seller decided that a 50% refund would be offered, this was accepted and the money was used to have the unit inspected by a “qualified electrician”…

Whilst waiting for the soldering iron return/refund deal to sort itself out, I decided to make a start on my monitoring dashboard finally… I will dedicate another post to this shortly, but as a quick summary.

2 days, many different os variations for the pi zero w, many head bangs on the desk, I present to you my dashboard. 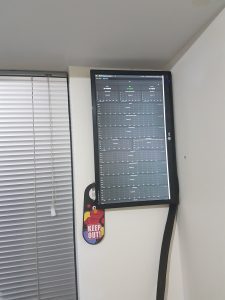 The grafana side of things isn’t completed yet due to having no hardware set up.

Back to the pi running the screen, it detects motion using a PIR and will turn the screen off if no movement within 1 minute. It also monitors temp/humidity and dew point In my office and reports to influxdb.

Well, back to the soldering station; Turns out a wire inside the unit was dislodged, after said electrician reconnected this the machine was alive!

Initial thoughts, Damn its a solid product; especially at its price point of $101AUD.

With the soldering iron working, my attention moved from the massive backlog of stuff I already have to do… I venture into building more IoT monitoring systems (for use in the server room and also outside) 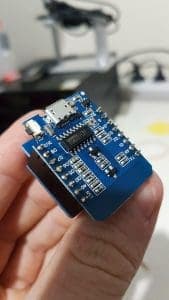 I’m quite happy with how these are functioning now too, after what I believe it perfecting the code… But like everything else I’ve touched on in this update, I’ll cover this more in a dedicated post later.

I’ve also been crazy busy (on top of my 9-5 job, IT work & the best job I have, being a daddy.) starting a new business… Well, 3 if you look at it on paper, but they’re all give or take the same thing… Just different areas of attention.. But this will probably not be discussed on here; This is more of a get it all off ya chest post.

Fun times to come that’s for sure!

Whilst I still can’t believe we’re quarter way through 2018 already, each day my excitement growa for what’s in store; Not only for myself, but my family and followers too, thanks for reading my rambles!

Keep your eyes out for my next few posts, they should be eventful.

I got a new camera! Nikon D750, yaaay. Yes… There will be a post dedicated to this too haha.